Home » Blog » HGH Levels By Age in Men and Women

HGH Levels By Age in Men and Women 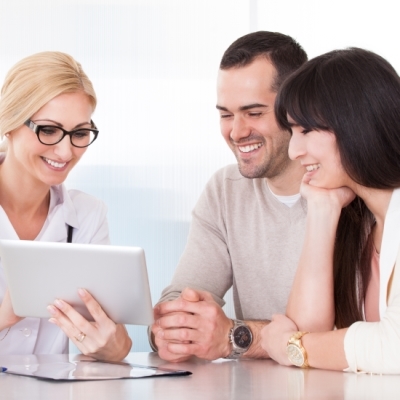 Between the ages of 21 and 30, men and women experience a significant decline in growth hormone production. That would make sense as the hormone primarily used in children and adolescents fuels growth. By the age of 21, most young people have reached their adult height and have stopped growing. Therefore, the HGH levels by age in the body should naturally decline.

Perhaps the most important reason to maintain normal HGH levels in men and women is to protect cellular regeneration. Although vertical growth might be long over, the body is in a continual state of growing new cells. Many of the reasons older adults get sick is because they do not have enough immune fighting cells to help protect the body against invading microorganisms. Without a plentiful supply of B and T cells, illness can occur – and take longer to heal. Internal organ functions also decline with age because the organs shrink when they do not receive enough new cells to replace the ones that die.

HGH leaves the pituitary gland and travels to growth hormone receptors throughout the body and brain. The liver receives a large portion of growth hormone, which stimulates the production of insulin growth factor -1. In return, the IGF-1 that the liver secretes into the blood mediates as much as 60 percent of the effects of HGH in the body – primarily, cellular regeneration. Because by HGH and IGF-1 can pass through the blood-brain barrier, their effects are felt in many areas necessary for a healthy life.

You may be wondering how to test for low HGH levels in adults. The testing is different from that of children, who must undergo growth hormone stimulation testing. For most adults, an IGF-1 blood test along with other hormone levels and standard blood panels will provide the necessary answers. Testing IGF-1 levels offers the best results to check for HGH deficiency since IGF-1 remains relatively constant in the bloodstream. HGH enters the blood once every three to five hours via pulsatile bursts which carry it to its receptors. Once HGH binds with the receptor cells, it is gone from the bloodstream, making it a poor indicator of how much growth hormone the pituitary gland is producing over the course of the day.

The doctor will order the blood tests for first thing in the morning – that is when hormone levels tend to be at their highest point of the day.

Here are some factors that can influence blood test results and how to ensure accurate readings:

Maintaining normal and adequate human growth hormone levels at any age is vital for proper health and well-being.

At the age of 21, a man will have IGF-1 levels in his bloodstream between 115 and 355 ng/mL. As we previously stated, that is the best way to measure HGH levels by age. Clearly, having only 115 ng/mL of IGF-1 is not nearly as good as having 355 ng/DL. Anything below that point would be extremely detrimental for the body – and the brain.

As we look at the following human growth hormone levels by age, we can think about the many ways that HGH impacts the body, including:

These are only some of the many reasons why maintaining normal growth hormone levels by age are crucial.

When asked, most people will say they were at their physical (and often mental) peak in their twenties and even early thirties. Then, as the years pass, a noticeable decline occurs. Here are the changes many males experience as their HGH levels decline:

At this time, there is an increased risk of cardiovascular disease, type 2 diabetes, and other issues contributing to morbidity and mortality. As you can see, HGH levels and age-related decline are intricately connected.

Men must protect and maintain their HGH levels at any age.

If you just read the section on male human growth hormone levels by age, you likely already understand the importance of maintaining HGH production. For those women who skipped down to this section, please take a minute or two to read the last section as most everything that applies to men, also applies to you (except erectile functions). However, you can easily insert vaginal dryness into the same category, interfering with sexual pleasure at the same age span.

Women may lose as much as almost one-third of their growth hormone production between the ages of 21 and 40 – a time when they most need energy as they are busy with career and family life. For any woman who feels as though she does not have enough energy to go around, this is the time to consider getting tested for HGH deficiency.

What are normal HGH levels in women?

As we look at a woman’s HGH levels by age, it becomes clear that every function in the body associated with growth hormone may begin to suffer. It is not necessary to repeat the listing as we did with men since the time frames are essentially the same.

Aging of the skin begins to show before many women reach age forty. For some, thinning hair starts to show some bald patches. Nails begin to become brittle and break more easily. These changes worsen with each passing decade. Cellulite may also become problematic at this time.

Depression is common for women as they age due to the demands of life. Feeling sandwiched between children and aging parents, career and spouse, can leave no time for oneself. Lack of sleep and energy make accomplishing simple daily tasks seem insurmountable.

The health and well-being risks to women increase exponentially when HGH levels decline.

Why Do HGH Levels Decline?

The loss of HGH levels with age is a natural occurrence, as you can see in the charts above. The speed at which that occurs has a lot to do with lifestyle choices for some, but not all, people. While genetics and outside factors do influence growth hormone secretion in some ways, daily activities can have a tremendous impact.

Low HGH levels are more common in people who lead a sedentary lifestyle. If you spend your entire day sitting behind a desk, or on a couch, you are at a higher risk of decreased daytime output of human growth hormone.

Lack of sleep is one of the primary contributing factors to decreased HGH levels by age as more than half the daily production of growth hormone occurs during slow-wave sleep. Anything less than seven hours significantly decreases HGH secretion.

Other contributing factors for the decline in human growth hormone levels by age are stress and poor diet. People who are overweight are more likely to have lower HGH levels. Stress increases cortisol, which inhibits HGH production. Diets high in sugar and processed foods also influence hormone production.

In some cases, a tumor of the hypothalamus or pituitary gland may be the cause of HGH decline. Surgery or radiation to treat the tumor may also impair hormone secretion. Brain injuries are also a problem and may not show up for many years or even decades as a cause for low HGH levels.

Some adults who were treated for childhood growth hormone deficiency continue to need HGH therapy throughout their lives. Blood analysis will show if HGH levels are still below normal.

Numerous factors can contribute to a higher loss of HGH production.

How to Maintain Normal HGH Levels

Maintaining normal HGH levels by age should be a primary concern of every adult. Without enough growth hormone, the body and brain are both at risk of breakdown.

Of course, once a person is older, and experiencing many symptoms of growth hormone deficiency, it may be necessary to supplement with HGH therapy. A doctor who specializes in hormone replacement therapy will test for a deficiency in human growth hormone levels by age and offer the appropriate treatment.

If you have concerns about growth hormone deficiency, please contact RX Hormone medical clinic. We offer free, confidential telephone consultations to help you discover if hormonal imbalance is the cause of your symptoms.