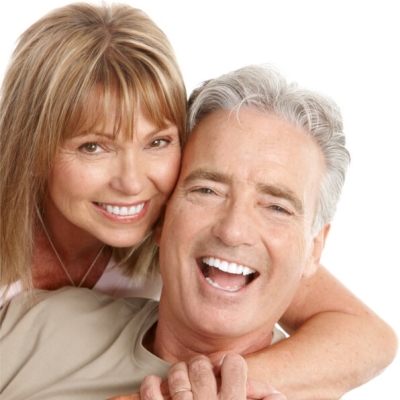 When a person speaks of low libido, there are often multiple underlying causes for the lack of sexual desire. Unlike many other times, when the saying “it is all in one’s head” is more of a brush-off, in this situation, it is often true. Changes in sexual desire and function often originate in the head, more specifically, the hypothalamus and the pituitary gland. These may not be the parts of the body one associates with libido, but an understanding of HGH therapy benefits for sexual function will help to explain why lack of interest is present.

Perhaps considered an unlikely duo, HGH and sexual performance are closely related. At its most basic level, human growth hormone stimulates cell regeneration. It promotes the production of insulin growth factor 1 and testosterone (which subsequently increases estrogen levels). Testosterone further joins the process by promoting red blood cell production in the bone marrow that HGH and IGF-1 also help maintain. A healthy red blood cell supply is vital for proper circulation, which sends blood to the sex organs for stimulation.

So, as we said, low libido or sexual dysfunction may be all in the head.

However, that is not the only way that the brain and HGH influence sexual performance. Human growth hormone wears many hats when it comes to HGH sexual health, both physically and emotionally, as we will explain in this review.

When the body experiences low levels of HGH, sexual side effects can include any or all of the following:

Thanks to the HGH therapy benefits for sexual function, many people experience a reversal in these symptoms.

When it comes to HGH and sexual function, the problem may be all in the head – literally!

What Is the Impact of HGH on Libido?

Think for a minute about what constitutes libido. The definition of the term includes sex drive, sexual appetite, passion, urge, and longing. It is a natural function for humans (and most animals) to experience sexual urges. For humans, the HGH effect on libido often starts in the head when growth hormone interacts and binds with receptors that promote many types of brain functions.

Several areas of the temporal lobe play a role in sexual desire. One of these areas, the amygdala, houses an abundant supply of growth hormone receptors. The amygdala is a central part of the limbic system, the part of the brain that controls emotions.

How does HGH improve libido in its role with the amygdala?

Part of the reason why there are HGH therapy benefits for sexual function associated with brain function is that when growth hormone supplies decline, as they do with age, the receptors lie dormant. These receptors need to be activated to work. So, when growth hormone does not arrive, there is no stimulus to help foster feelings of sexual desire. Providing supplemental HGH therapy helps to send increased amounts of growth hormone to the regions of the brain that help stimulate libido and arousal. Stimulation of the basolateral nuclear group in the amygdala leads to attention and arousal.

The use of HGH for libido works in many ways that can help benefit the actions of the amygdala. Individual neurons there respond to different stimuli, including:

Some visual neurons respond to faces, so when looking at someone attractive, feelings of sexual desire can stir. Smell is another crucial factor as releaser pheromones can trigger sexual behaviors as they are linked to attraction.

HGH sexual benefits often start in the brain, but even that is a small portion of the influence of human growth hormone on libido.

As we get into these next two sections, much of what we discuss can apply to men and women. How does HGH affect sexual performance in women?

We have already broached the subject of human growth hormone’s impact on the brain. The responses are not only sexual; HGH influence helps regulate mood, cognitive performance, learning, and memory. Women, by nature, are more emotional than men, who tend to be more methodical in their thoughts. Tell a woman about a problem, and she will empathize first, and try to help solve second. A man will immediately look for a solution (in most cases). There are basic differences in the genders which have been subjects of many books, movies, and plays.

However, the sheer fact is that HGH and sexual performance have a lot to do with what is happening in the brain, especially for women. Stress is a common denominator as the pressures of work, family, home, relationship, and even caring for older relatives can take a toll on a woman. When she feels as though she is burning the candle at both ends, there is often nothing left for her.

Growth hormone deficiency also increases weight gain, physical aging signs such as wrinkles, thinning hair, and muscle loss influencing self-image. Fatigue, lack of sleep, depression, and overwhelm can make it nearly impossible to muster up any feelings of desire. Add to that the vaginal dryness that accompanies menopause and sex becomes last on the list of pleasurable activities.

Another aspect of human growth hormone’s impact on sexual performance in women is that it helps promote fertility by modulating progesterone and estradiol release, influencing the ovarian cycle.

Maintaining healthy HGH levels is crucial for a woman’s libido and sexual performance.

Speaking of blood flow, that takes us back to the beginning when we discussed how HGH sexual effects include stimulating testosterone secretion to improve red blood cell production.

How does HGH improve sexual performance in aging men?

Both testosterone and growth hormone levels decline with age. The brain is also home to an abundant supply of androgen receptors that require testosterone for their actions. Without enough of these hormones, the receptors in the brain do not receive the necessary stimuli, and sexual desire disappears.

Of course, a man is just as susceptible to the many stressors listed in the previous section on women and HGH. Job demands, family pressures, and everyday stress can diminish feelings of desire. Of course, muscle loss, weight gain, and other signs of aging do not help maintain a man’s self-image.

Another issue for both men and women is the fact that growth hormone deficiency, as well as low testosterone, can lead to elevated levels of LDL and total cholesterol. High cholesterol causes a build-up of plaque in the arteries that decreases blood flow. Lack of blood flow reduces gonadal stimulation.

HGH also helps promote spermatogenesis, both directly on its own and indirectly through IGF-1 and testosterone stimulation. In that way, it improves male fertility.

It is easy to understand how HGH therapy benefits for sexual function can benefit men and women in so many ways.

HGH is a driving force in helping maintain sexual desire and functions in males.

Do Doctors Prescribe HGH to Improve Libido and Sexual Performance?

If only everyone could get a prescription for HGH – better libido would be only an injection away. No, that is not true! HGH therapy is not for everyone – only those individuals with diagnosed low growth hormone levels. There are many reasons why a person may have low libido. Medications, brain, ovarian, or testicular tumors, endocrine disorders, and even diabetes can influence sexual functions.

Doctors do not prescribe HGH therapy benefits for sexual function. If that is the only issue, the doctor will look for other causes of the problem. However, if growth hormone deficiency causes multiple symptoms, with low libido being one of them, then yes, a prescription for HGH is beneficial.

Although it may seem like it should be one of the top benefits of HGH therapy, improvements in libido are nowhere near the top of the list of why people need this treatment. HGH and sexual function are important, but better brain functions, immunity, metabolism, sleep, energy, and health lead the way.

The connection between HGH and libido is more like the icing on the cake – it adds to the overall improvement of the individual receiving treatment.

Although doctors do not prescribe HGH solely for libido and sexual performance, those added benefits improve the overall effects from treatment.

There is no way of knowing when HGH libido effects will become noticeable for each person. Human growth hormone carries out so many functions in the body that the results and the timeline can vary considerably. Some people report more sexual dreams, thoughts, and fantasies within weeks of beginning treatment. For others, it may take a few months to notice any change.

Does HGH improve sexual performance for all adults with growth hormone deficiency?

Unfortunately, the answer is no, HGH is not always the answer for sexual decline. If the problem is emotional, the individual may want to speak with someone who can counsel and guide them through their stress. Other physical issues can also impact sexual abilities, and if present, must be addressed.