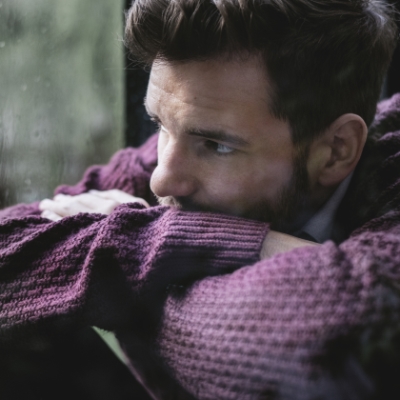 Depression is a topic of constant discussion these days, as we face the issue of suicide both in the private and the public sectors. In the past few years, we have lost a beloved comedian, renowned designer, celebrity chef, famed actress, rock band frontman, and a retired football player to suicide. These are only a few of the many famous people who have taken their lives, often due to depression stemming from either emotional or health-related issues. Nearly everyone has seen a post about depression and suicide on social media – many have been personally touched by this subject. How many people have lost sons, daughters, husbands, wives, brother, sisters, mothers, fathers, friends, and co-workers to the disease called depression? That is why we continue to look at the use of HGH therapy for depression treatment to see if there is a way to reduce the number of people who feel like they have no other answer in life but to end their lives.

Now, depression does not always lead to suicide. For some people, a “mild” case of depression may just cause symptoms such as:

When depression becomes extreme, a person can retreat from the world, leading to social isolation. For some people, the use of growth hormone for depression can provide relief because many of the symptoms they feel may be hormonally related. A natural decline in growth hormone levels that begins in early adulthood – often before age thirty – can cause chemical changes in the brain and body that can increase the risk of depression as a person ages.

It is natural to think of depression as a condition stemming from the brain – however, that is not always the case. In this review of HGH therapy for depression treatment, we will examine the following topics:

Study results of HGH and depression

Benefits of HGH therapy for depression

Knowing when and how to get HGH therapy for depression

Symptoms of depression can be mildly annoying to totally debilitating – find out how HGH deficiency can cause feelings of depression.

For a person dealing with chronically low levels of HGH, depression, anxiety, irritability, and other mood changes are not only possible, they are probable. Growth hormone is one of the most influential of all chemical messengers in the body. Not only does it help regulate cell regeneration (think muscles, bones, skin, hair, organs), but it is also crucial for metabolism, immunity, libido, and brain functions. It is there, deep in the various regions of the brain, that growth hormone receptor cells sit in wait for their daily signals. However, when an adult is growth hormone deficient, those signals may not come. The receptor cells (located throughout the brain and body) sit dormant, and their actions never occur. If the signals only arrive in a reduced amount, then the actions may take effect, but at a significantly decreased level of efficacy.

In the brain, HGH receptors regulate learning, memory storage and recall, focus, spatial abilities, sleep, hormone production, and mood. HGH depression treatment can work for someone who suffers from growth hormone deficiency that causes multiple symptoms of the condition.

HGH also is the stimulator of insulin growth factor 1, a hormone that not only moderates HGH responses in the body, but it also regulates hippocampal neurogenesis and produces antidepressant behavioral responses. When HGH levels are low, IGF-1 also declines, leading to both a direct and indirect influence on emotional well-being.

Depression occurs for many reasons. Some people experience the loss of a loved one, a divorce, job loss, or other event that can catapult them into a depressed state. These issues are ones that can often be dealt with through counseling and professional support.

In other cases, weight gain, aging appearance, physical ailments, loss of sex drive, erectile dysfunction, and other such issues can lead to feelings of depression. Many of these changes stem from declining hormone levels. When growth hormone levels decrease, they influence physiological transformations in the body that can lead to a depressed state.

There are times when there are no distinct identifying factors. Depression has many causes. It could result from a past head injury that only surfaces with symptoms years or even decades later. Depression is also a leading cause of disability worldwide, leading to approximately 850,000 suicides each year.

It is vital to discuss the potential benefit of HGH therapy for depression treatment because if left untreated, depression can increase the risk of the following health conditions:

Growth hormone deficiency influences many changes in the body that can lead to feelings of depression.

Study Results on HGH and Depression

There have been many studies to date on HGH and depression. In the first one that we examine, 25 patients with verified growth hormone deficiency at the start of the study participated in a double-blind, four-month, cross-over, placebo-controlled trial of HGH therapy for depression treatment. The participants were reassessed each month during the four months. 18 of the participants had adult-onset (AO) GHD, while the other 7 had childhood-onset (CO) GHD. Of the 18 with AO-GDH, 11 had atypical depression at the start of the trial. None of the patients with CO-GHD were diagnosed with atypical depression.

How is HGH good for depression in adults with growth hormone deficiency?

HGH therapy gives back to the body (and the brain) what nature has taken away due to declining growth hormone levels. Through the use of supplemental HGH, the growth hormone receptors receive a more normalized amount of HGH each day. That allows the receptor cells to carry out their actions – reducing the symptoms and causes of depression.

In the next study, we look at seven focus groups and four telephone interviews that were conducted in the United States, Germany, and the United Kingdom. Eligibility for this trial included adults over age 22 who were diagnosed with any etiology of adult growth hormone deficiency. Participants also reported endocrine and thyroid disorders (including diabetes), metabolic conditions, musculoskeletal problems, mental health issues, and cardiovascular diseases – all issues associated with growth hormone deficiency.

Studies back up the benefits of HGH therapy for decreasing depression.

Benefits of HGH Therapy for Depression

The benefits of HGH therapy for depression treatment extend to all areas of a person’s life. Depression affects not only the man or woman living with the condition but all those around him or her, as well. In a relationship, depression can negatively influence affectionate responses, alienating a spouse or partner. Lack of energy can lead to an imbalance in responsibilities in the home. Divorce is a potential outcome when depression continues untreated if it interferes with a relationship.

On the job, co-workers may have to pick up the slack for a depressed employee who cannot fulfill his or her responsibilities. Resentment, potential loss of job and income, and social stigmas that occur as a result may be the outcome.

How does HGH help depression, and what are the benefits?

Human growth hormone therapy works directly on the factors that contribute to the depression. If the mood changes are due to other symptoms of GHD, such as weight gain, aging appearance, and fatigue, the benefits of HGH will help stimulate weight loss, improve skin tone and hair growth, and increase energy.

Other benefits of HGH therapy for depression include:

HGH therapy has many benefits for depression, including improving physical and mental functions.

When Should You Get HGH for Depression?

The time to seek HGH treatment for depression is when there are other symptoms associated with growth hormone deficiency. If depression accompanies changes in appearance, brain functions, health, sexual performance, or metabolic functions, chances are hormonal issues are influencing the emotional breakdown. That is the time to find a hormone specialist rather than a psychiatrist.

However, if life-impacting changes such as the death of a loved one or a divorce are at the root of the depressed feelings, that is the time to seek out the help of a trained mental health counselor.